Willymakeit? Nope, not this year…

Well. Wind, as we know from many years of going to sailing regattas, is often your friend… Or not!

Today’s start to the Everglades Challenge was postponed for a day as there was (and likely still is) a small craft wind warning. If that happens,  the race organizers have a deal with the Coast Guard to not start a race. Fair enough.

The wind conditions are supposed to be the same as today all along the course for the next few days with high waves and the winds not diminishing at night, making it difficult to even anchor comfortably.

So Jim has decided to pull the plug on this year’s Challenge. He wants to have fun, not die!!!

We went back to the beach to de-rig Leftovers and found that she was one of the last on the beach.  Most racers have retired or have moved on to Checkpoint 1 at Cape Haze Marina where they will try another start at 7:00 am tomorrow. We won’t be there. But we will be interested to see if they actually start.

At the beach at Fort de Soto, Randy Smyth’s Scizzors, which has a wing sail (!!), will start from there tomorrow. The man is a machine.

So, instead of racing, Jim and Paul will go kiteboarding nearby tomorrow!! This afternoon after we packed up the boat, we went to the nearby bridge beach where the Tampa Big Air kiteboarding competition was being held. Wow!  Paul brought a couple of kites and his board so that’s our plan for tomorrow.

Thanks for all of your support and good wishes. Special thanks to Mike Morris and Bob Magill for coming to the start that wasn’t today. Great to have some FYC’ers there.  Bob, I’m sorry we missed you but we went back to the hotel for a nap after the big announcement this am.

Jim is a bit bummed but he’s ok with his decision. It’s the right decision. 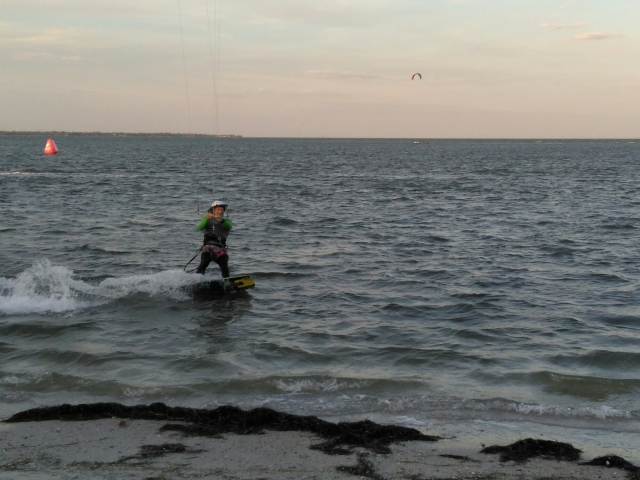 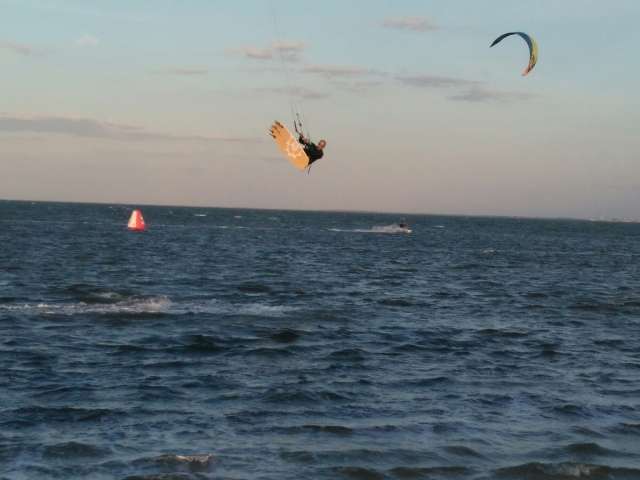 Sailing (and other) adventures of Carleen and Jim often featuring us sailing or racing our trailerable trimarans.
View all posts by Carleen&Jim →
This entry was posted in Everglades Challenge 2017. Bookmark the permalink.

2 Responses to Willymakeit? Nope, not this year…